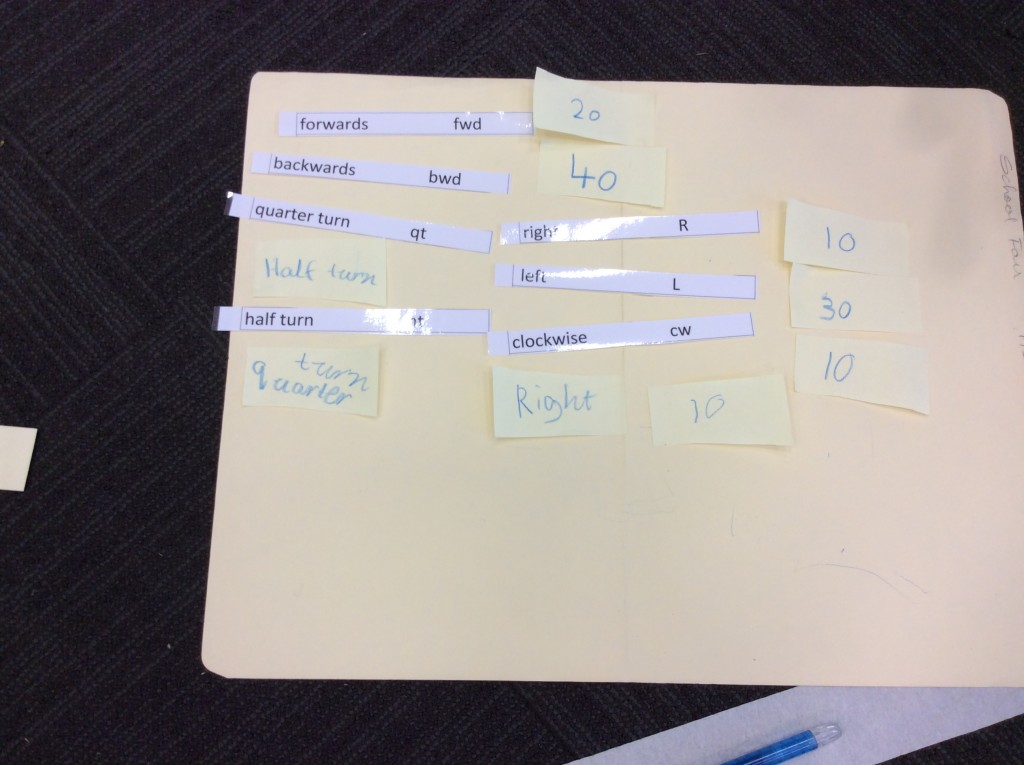 Mrs Spencer had the idea of using dance to entice her Year 3 class further into the use of programming.  This resulted in a really great lesson which, interestingly enough, resulted in a number of children who hadn’t been as engaged as we would have liked, becoming the stars!

The specific curriculum outcomes we were dealing with are listed at the base of this post.  In terms of Digital Technologies,  the students were creating algorithms and then inputting this algorithm into their robotic device.  It was great to watch the students and really fascinating to see how much differentiation was immediately available for students depending on their ability.

Some of the students however, knew that you could also input a  number of degrees for the turn, meaning that a more ‘wiggle-like’ dance move could be achieved as they moved one way for just 10 degrees, then another then another and then back again.  They did this, were delighted with the result,  and then continued to use this to make their dance moves more intricate.

The idea of a dance also allowed us to introduce another concept associated with programming and algorithms which is in advance of what is required for Year 3 – the idea of repetition.  With the  idea of a dance being that moves are repeated, we were able to show the students the capability of the probot to include this function, which meant that their work-load was cut down as they used the same basic sequence of steps which were repeated. 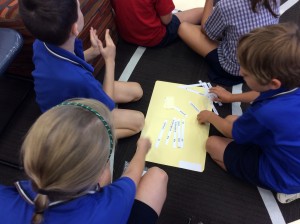 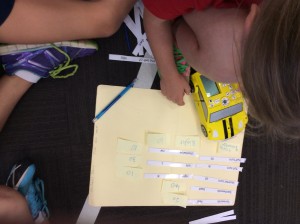 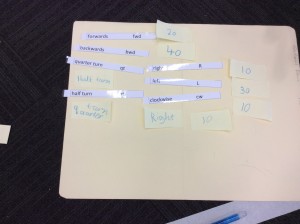 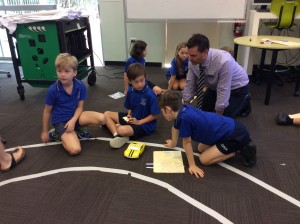 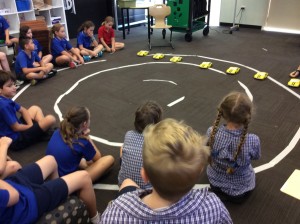 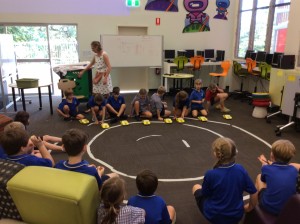 Define simple problems, and describe and follow a sequence of steps and decisions (algorithms) needed to solve them(ACTDIP010)

Mathematics – It is interesting to note that the use of the probots take these children further than the expected Year 3 curriculum suggests in some areas.    Mrs Spencer said that in her view, this was a way of exposing students to these concept in a meaningful context so that when you came to explicitly teach these concepts, you knew there was some background knowledge and understanding.