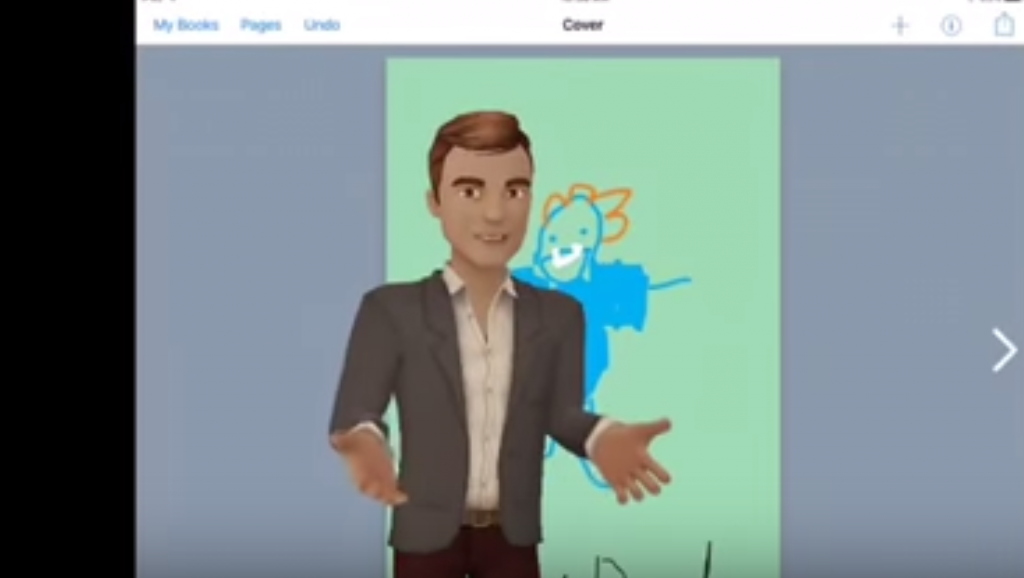 Some Year 1 students created some charming videos for their dads last week on Father’s Day.  To do this, they created a digital drawing of each of their dads and then used it as the background in the app Tellagami.   They recorded themselves giving a short message to their dads about why they loved them.

The teachers also used it as a way of introducing a digital citizenship concept to these young children – that of the need to protect their identities when publishing online.  The content descriptor for this band of the Australian Curriculum is:

Create and organise ideas and information using information systems independently and with others, and share these with known people in safe online environments (ACTDIP006)

Although they are indeed charming and it was the sort of activity that is done in the lead-up to Father’s Day the world over (albeit with pencils, paper and card-making), the value and power of this learning activity is much broader than its intended purpose. In allowing the student to use such a tool, you are allowing a tool into their learning that can support them to be reflective in many situations.   Examples of such learning scenarios include:

In short, just about anything that can be captured visually can be used as the background, prompting the child to articulate their learnings.