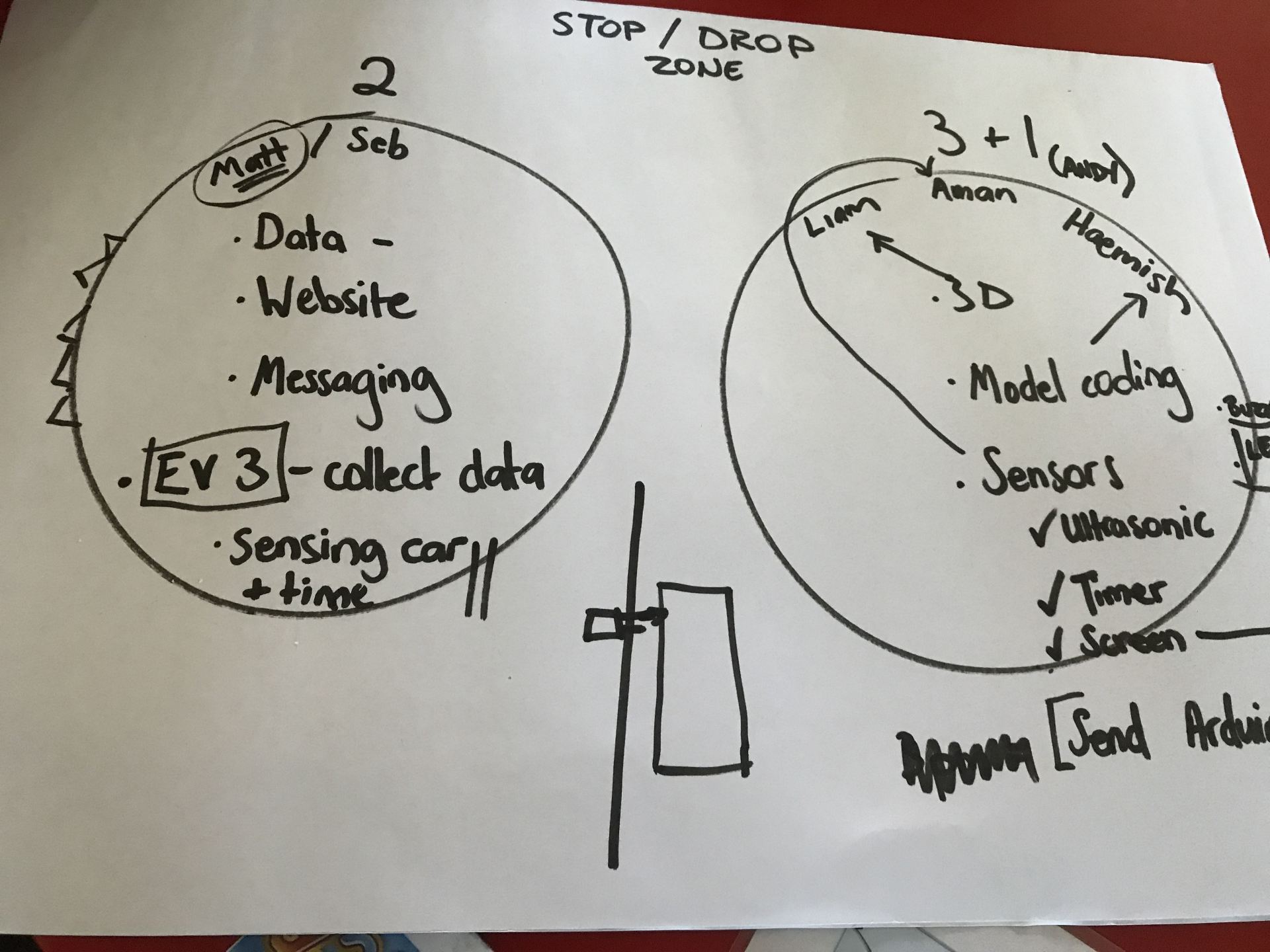 This week our two groups of Young ICT Explorer Competition competitors participated in the QLD judging event at University of QLD.  They had worked since March on their project which involved looking at a local and authentic problem at our school – that of the ‘Stop Drop Go’ Zone and the associated issues with it.  As part of their project based learning approach and their use of design thinking at various stages to enable both divergent and convergent thinking when appropriate, they discovered that problems associated with this zone were related to people staying for too long, double parking, driver getting out of their cars and often children being in danger by being forced to run between cars that shouldn’t be parked for so long.

The groups had broken into 2 different project groups – Matthew and Sebastian in charge of collecting and collating data and presenting it visually as part of a website to educate the community and Haemish, Andy, Liam and Andy in charge of building a prototype of a solution.

Its interesting to note that the Digital Technologies Curriculum has at its heart the creation of a digital solutions.  It is also futures oriented and utilises three types of thinking – Computational Thinking, Design Thinking and Systems Thinking.  The boys have demonstrated a grasp of all of these elements within their projects.  The Young ICT Explorer Competition has provided a forum for groups of students to be engaging students in authentic ways with this curriculum for years – even before it was officially written.  🙂   With the motto previously being ‘Where will ICT take you?” and now “Where will Digital Technologies Take You?”, the Young ICT Explorer Competition is such an amazing way for students to create a solution to a meaningful problem, interact with other students who are doing similar things and connect with amazing people in the industry who freely offer advice, tips and inspiration.

To help us support the students to go further than our skills allowed, we were lucky enough to connect with a Code The Future volunteer – Geoff Cowie.  Geoff has an industry background but is also studying Education. Geoff was able to support the students to create a solution that involve arduino coding including the use of sensorts and MBots.  The collection of data was also very important and  and  Mat and Sebastian were engaged in this way.

The eventual solution included a website which profiled the data they collected and an animation explaining the problem.  There was also a survey that they used to collect the data.  The second group designed and build the prototype.    The Mbots were coded to follow a track with a slowdown area in the appropriate zoneand the arduino was programmed including the use of sensors which were connected to a boom gate and LCD screens which displayed messages and a time duration to let the vehicles know when they would have to move on.

The boys did brilliantly well – the Prototype group won third place which was an amazing outcome considering the enormous number of high quality of entries in this Yr 5/6 category.  We will get the groups to present their solution to members of the P and C and our local councillor in the next few weeks.